4th International Conference on Advances in Biotechnology and its Applications
Paris, France

Note: This is a tentative venue. Once we received the hotel confirmation, the confirmed venue will be updated soon. 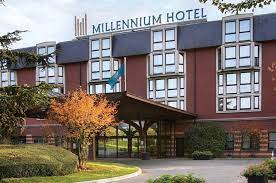 France's capital and most populated city is Paris. The oldest section of Paris, comprised of the two islands Île Saint-Louis and the larger Île de la Cité, is situated in a northern bending arc of the Seine in north-central France. The North Atlantic Current has an impact on Paris' typical Western European oceanic climate. The overall climate is pleasant and fairly humid all throughout the year. One of the major hubs for business, diplomacy, fashion, science, and the arts in Europe has been Paris. The Louvre, Sainte-Chapelle, and Notre-Dame Cathedral are among the most popular attractions in central Paris. On the left bank, southwest of the city, lie Les Invalides, home to Napoleon's grave, and the Eiffel Tower. Paris has drawn artists from all over the world for centuries, who travel there to train and find inspiration from the city's enormous pool of artistic resources and galleries.  As a result, Paris earned the reputation as a "City of Art." Particularly in sculpture and reliefs, Italian artists had a significant impact on the growth of art in Paris in the 16th and 17th century. During the French Baroque and Classicism eras, the French royal family hired numerous Parisian artists to decorate their palaces, making painting and sculpture the pride of the French monarchy.

Be a member and support us